Feature 1: Methodology for the App Business

Now that “smart devices” such as smartphones and tablets are everywhere, clients’ need for not only Web design but also applications design is growing. That being the case, what are the essential points for the production of apps that differ from Web in terms of both development language and media characteristics? And what methods are optimal for the effective use of applications? We answer these questions with focus on the concept of app-based business models and preparing for deadlines in commissioned development. 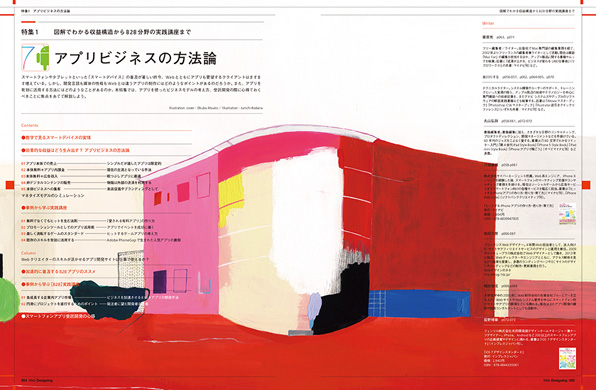 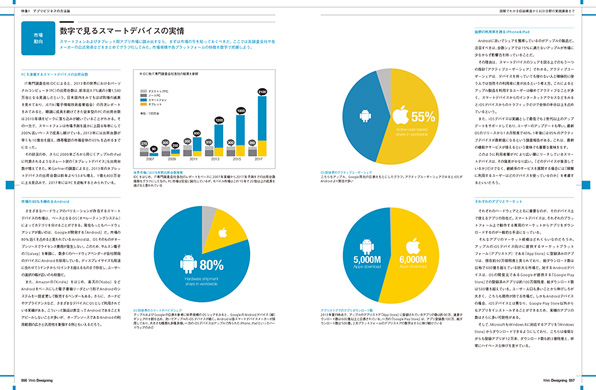 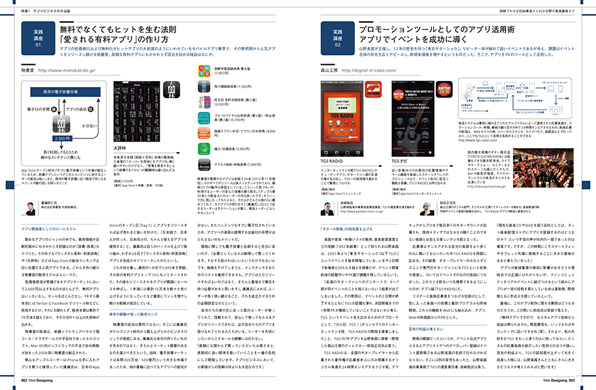 Feature 2: Behind the Scenes of dotFes and Installations

The Future Form of an Interactive Exhibition: 7 + α Art Project by Web Creators

Main appeal of “dotFes,” an event held under the concept of “a school festival for Web creatives,” is that participants can fully enjoy and interact with a wide array of exhibited pieces and installations made specifically for the event by Web creators. At “dotFes 2013 Kyoto,” held at Kyoto Seika University on November 10th this year, a number of sessions were organized, and bustling booths brought excitement to the venue, where many fascinating new installations by Web production companies were showcased. In addition to the report on lectures and exhibitions, under the cooperation of the creators, we welcome our readers with the details of these installation works. 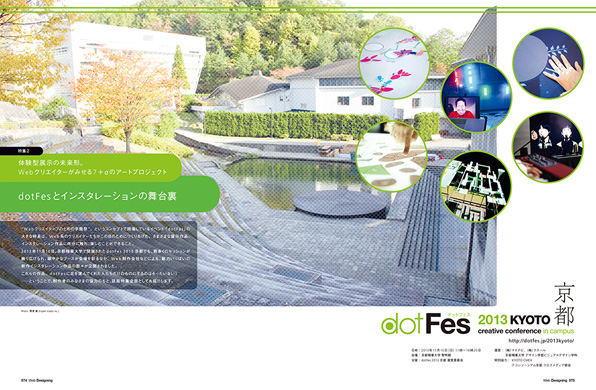 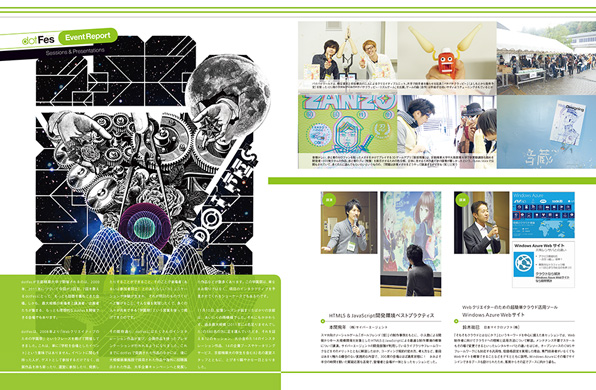 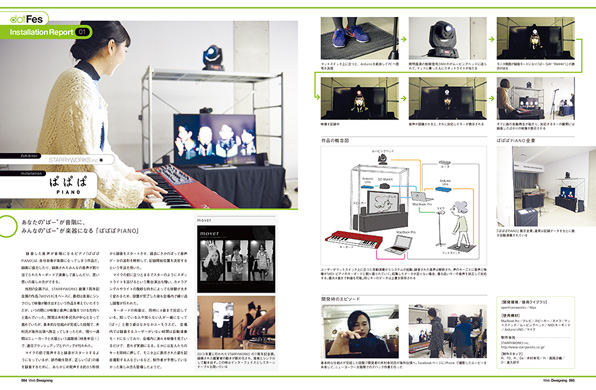 On November 17th, a collaborative event between comedy and digital creatives called “Choco Banana Festival” was held at “the Yoshimoto” in LUMINE in Shinjuku, Tokyo. Performed before a full-house crowd were skits like “Creative Ōgiri –comic monologue,” “Counseling Room,” and “Choco Banana Presentation.” We report on this three-part event while also reviewing the whole festival. 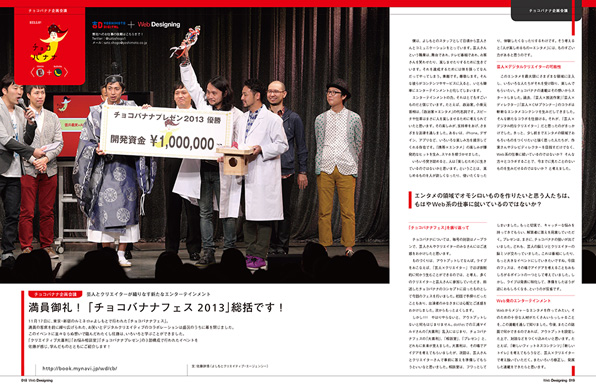 SAIHATE Tahi is a poet whose range of work is not limited to literary magazines but includes comic and cosmetic magazines and newspapers. Recently, she launched a shooting game on her site that kills her own poems, which attracted much attention. In this game, the player has to continuously shoot poems that pop up on the screen. Why did she decide to exhibit her precious work in such format? She shared with us her intentions and the messages she put into her work along with some of her Internet endeavors. 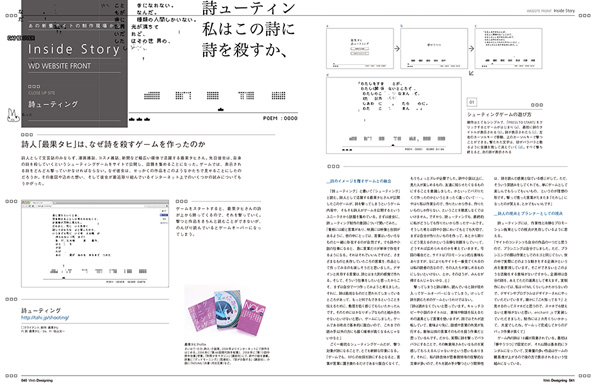 NAGAI Kenichi_Shines and Thrives in Kyoto on “Imperfection”

NAGAI Kenichi is one of the pivotal figures of 1-10design, Inc. — a Kyoto based company that handles numerous large-scale projects. Even though his acquaintances know him as someone with a peculiarly “totally bare” character, he has a bottomless passion toward his work. What is the driving force of NAGAI, who continues to give off brilliance in Kyoto? 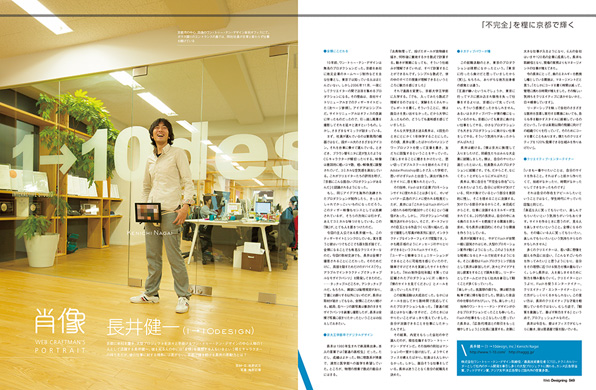 Lines in “Mobile Painting” act as if of their own accord, stretching out, swirling, at times changing their shapes like flames, and multiplying themselves. Through the stop-motion “moving drawings” method, which captures hand-drawn lines, ISHIDA Takashi continues to explore “painterly” expressions. At the studio where he created his latest work “Moeru Isu – Burning Chair,” Ishida talked about his creative process in which precision and inhibition coexist. Leaping out of Shanghai to Asia

Leaving Shanghai we visit Singapore and Taiwan for some interesting events. Using Mandarin as their official language, these are other regions with a large Han population. In this feature, we report on creative events held in the respective locales of the regions. Through these events, we envision excursions outside of mainland China. START TODAY CO.,LTD. operates the biggest fashion mail-order provider in Japan; ZOZOTOWN. Their latest service “WEAR” received a strong response from the apparel industry immediately after its preliminary site was launched. It advocates the cultivation of new “connections” between users, users and products, and users and stores. It also proposes “ways to enjoy fashion in the age of smartphones” and attempts to reconstruct the ecosystem of the industry on the smartphone platform. We talked to the project leader KUBOTA Tatsuya and the design director OHKUBO Makoto. 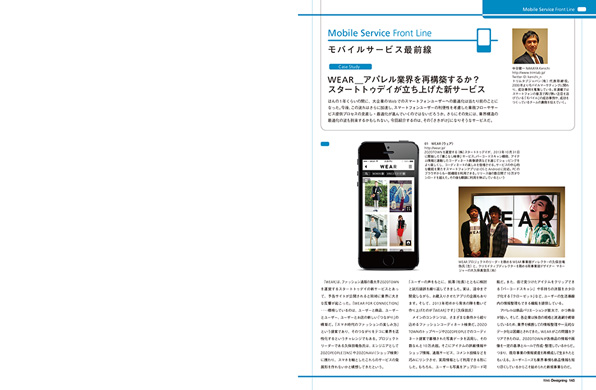 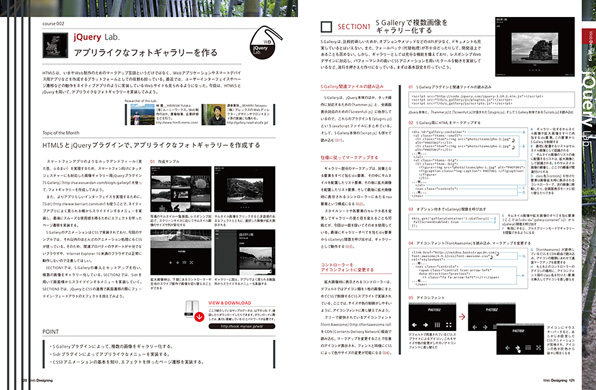 Tour De Graphique - A Challenge in the Time of One CD -

Scroll up the web! <LiVE2 Report>

In this last volume, we talk about the behind the scene of this eatery’s special site that we created using “LiVE for WebLiFE* 2” (LiVE2). We tested the viability of launching a site in parallel with the physical store opening or renewal by making impact for the store with only a short period of production time. 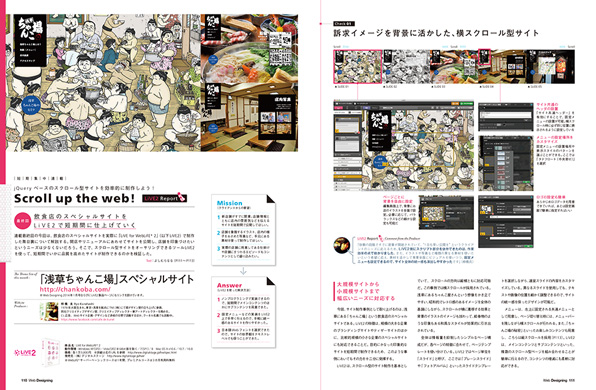 From the Data of Web Designers Report: "The Landscape of this Job"

Looking Back at the Neck of the Woods of 2013 Web Analysis
Text: OGAWA Taku

The Secrets of Digital Marketing

The Emotional State of the Contracting Side of Web Production
Text: OHTA Kenji